Well that’s the wonderful world of WERSI and the end of our tour highlighting many of the features of these amazing instruments. As the curtain falls on this final song, written and performed by the Swedish pop group ABBA, we end as we began with an arrangement that utilises many of these features including a selection of orchestral, drawbar and synthesiser sounds, a customised sound from the Sound Factory, a rhythm from the drum unit and a style from the accompaniment unit.

Do I hear shouts of “Encore”. Well OK then, here’s a little bit of nonsense presented by Mr Wersi and featuring his amazing digital big band. As we will hear though, not everything goes quite according to plan!

It’s Only A Paper Moon 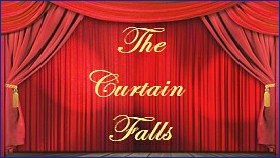 The Wersi Organ Showcase was written, produced and presented by Jeff Ormerod, and played live on the Wersi Scala. I hope you have enjoyed learning more about these amazing instruments, and thanks for visiting the Showcase.